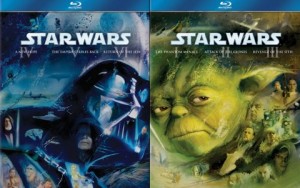 A long time ago, in a galaxy far, far away… We waited and waited. And then Star Wars came finally came out on Blue Ray. Was it worth the wait though? I’d say no. Sure, watching any sci-fi epic like Star Wars is sure to be an exhilarating experience in HD, but with all the changes creator George Lucas decided to make to the original film, many die-hard fans are in such an uproar it doesn’t matter how cool it is to see the death star explode in HD.

One of the major changes fans seem to be grumbling about involves the climactic battle sequence at the end of “Return of the Jedi” in which Luke Skywalker has a lightsaber duel with his father, the infamous Darth Vader. In the original film, the evil Emperor, and Vader’s master, attempts to “zap” Skylwalker to death with his darkside powers.

However, before he can finish Vader picks the Emperor up, torn between his allegiance to his master and love for his son, http://www.bestchoicetv.com/, and tosses the Emperor into what looks like a never ending pit. But now, in the remake, Lucas has Vader screaming “Nooooo” as well and fans aren’t too pleased with the choice – even if their beloved Star Wars is finally is on Blue Ray.

It seems to be a common theme with Lucas over the years – changing his movies. He’s constantly adding and deleting things, plugging this in there and that over there. With all the changes he has made, it almost seems as though Lucas isn’t pleased with his original films. Otherwise, why change them so much? The one great thing about the Star Wars films is they continue to stand the test of time. Unfortunately, it seems as though the films never stood the final text given by George Lucas.