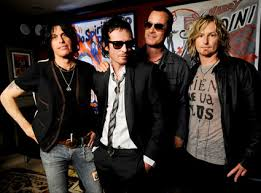 In 1985, Scott Weiland met Robert DeLeo at a concert in Long Beach. For whatever reason, they struck up a conversation about the girls they were dating. As it turned out, both were dating the same girl. Instead of fighting over her, both decided to break it off with her and form a band. Thus was the beginning of Stone Temple Pilots, a band that remained virtually unchanged until 2013.

The decision to shed Weiland was a difficult one. For DeLeo, Weiland represented an obstacle to having fun while making music. Weiland didn’t seem to care about his band mates, and decided to go his own route.

In May of 2013, the band filed a lawsuit to compel Scott Weiland from using their name and performing their songs. Leading up to the filing, Weiland had reportedly fallen deeper into drugs and all but stopped showing up to rehearsal on time.

Weiland responded with a counter suit alleging that the band had no right to remove him from the lineup. The legal issues are still up for debate.

Chester Bennington of Linkin Park fame has been chosen to lead the band as singer while things with Weiland get sorted out. Chester’s choice isn’t one born of passion, necessarily. He claims that his role is meant to keep the band together, citing mounting bills and general costs the band members face with or without Weiland.

Bennington has also stated that he understands what the band is going through, and that they were faced with a difficult decision. They are set to debut a new album called “High Rise,” which is due out in October of 2014.

The Story of J-Dilla

What is Sound City?

The Importance of Music in Our Society